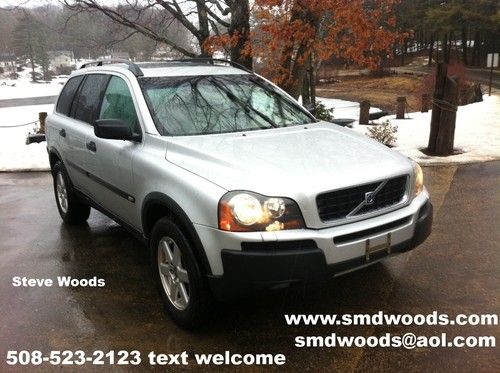 Volvos will brake for bicyclists with new detection technology

Anyone who pedals a bicycle knows that one of the biggest dangers to riders is a motorized vehicle - Volvo estimates that nearly 50 percent of all cyclists killed in European traffic have collided with a car. In the United States alone, 618 riders lost their lives in bicycle/motor vehicle crashes in 2010, and the number of injuries surpassed 52,000.
To help drop those numbers, Volvo has just announced Cyclist Detection with full auto brake - a technology that detects and automatically applies a vehicle's brakes when a cyclist swerves in front of a moving car. The basic components of the system include a radar unit integrated into the front grille, a camera fitted in front of the interior rear-view mirror and a central control unit. The radar is tasked with seeing obstacles in front of the vehicle and calculating distance, while the camera is responsible to determine what the object is. The central control unit, with rapid processing capabilities, monitors and evaluates the situation.
The technology, which will be sold bundled with its Pedestrian Detection and called Pedestrian and Cyclist Detection, will automatically apply full braking when both the radar and camera confirm a pedestrian or cyclist are in the immediate path of the vehicle. According to the automaker, the technology will be offered on the Volvo V40, S60, V60, XC60, V70, XC70 and S80 models from mid-May in 2013.

Volvo is set to complete its concept car trilogy at the next month's Geneva Motor Show with the debut of its Concept Estate, the followup to its Concept Coupe from the Frankfurt Motor Show and Concept XC Coupe from the Detroit Auto Show. We've been looking forward to its Swiss debut, and now some teaser images of the Concept Estate have been uncovered... on the website of a raincoat seller?
Yes, Swedish raincoat maker Stutterheim has apparently been commissioned by Volvo to build a high-quality car cover for its Geneva concept, and the fabricator's website shows off some of the details of the long-roofed design study. From what we can see, it looks like the Concept Estate is more shooting brake than traditional wagon. Also, it's brown. So basically, Volvo has built the ultimate car for auto journalists.
Joking aside, the images show off more than a few of the design traits we've seen on Volvo's two previous concept cars. A wide, rectangular grille and lowercase-B-shaped taillights are both noticeable in these teasers, but we can't see much more than that.