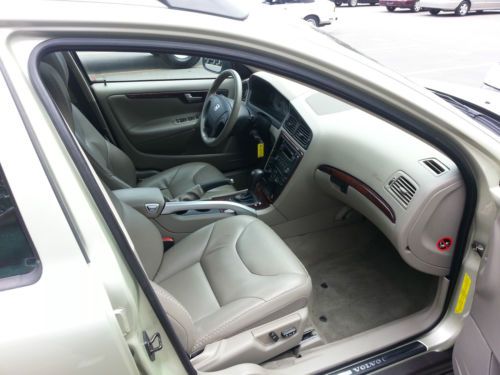 Australian auto news has been dire for the last several months with all three automakers that build there announcing they would stop production within the next three years. But Volvo is providing a shot of excitement with the unveiling of its new S60 racecar for the upcoming season of the Australian V8 Supercar series.
The Volvo S60 racecar will use a 5.0-liter, naturally aspirated V8 based on Volvo's B8444S production engine that will be tuned to produce roughly 650 horsepower on E85 ethanol. Power will get to the ground via a six-speed sequential transmission, and it will be able to reach 62 miles per hour in 3.2 seconds and a top speed of 185. All cars in the series use common parts for the chassis, transaxle, and rear suspension.
Volvo's Polestar performance arm will campaign two of the S60 racers this season. While Volvo might seem like an odd inclusion into Australian racing, it actually has quite a successful history. It won the 1986 Australian Touring Car Championship in a 240 and won the Bathhurst 1000 race in 1998 in an S40. Polestar is not new to racing either, having been racing Volvos around the world since 1996.

Volvo ought to be tooting its horn over this one. The XC90, an SUV that has essentially been on sale for over 10 years, just captured a Top Safety Pick+ award from the Insurance Institute for Highway Safety. The TSP+ is a new title, reserved for cars that earn "Good" or "Acceptable" ratings on each IIHS crash test.
This is a difficult feat for a new car - Toyota's new Corolla infamously failed to net a Top Safety Pick+ earlier this year - largely because of the new small overlap front tests, which have left many automakers struggling. But Volvo, somehow, was able to conquer the tests with a car that predates the original iPhone by a few years. The XC90 earning a Top Safety Pick+ is like Betty White taking the gold in the decathlon. With Volvo in the midst of working on the XC90's replacement, we're curious to see just how well a more modern version does in crash testing. Take a look down below for the crash test video and a press release from IIHS.

In China, it's all about being driven. That's why we've seen so many automakers stretch their most popular models to appeal to buyers in the Chinese market. Volvo is certainly no stranger to this, and according to Autocar, the company is already working on a super-lux, four-seat version of its recently launched XC90 crossover.
Volvo won't stretch the XC90 and just increase second-row legroom, however. Instead, the company will reportedly remove both the standard XC90's second and third row benches, and install a duplicate set of front seats in the rear compartment, featuring the same electric adjustment features, including massage. These more luxurious thrones will be placed further back in the vehicle, allowing for "exceptional" legroom, Autocar reports, without needing to stretch the wheelbase.
Mum's the word on when we can expect to see the high-zoot Volvo arrive, though the magazine estimates that it surface later this year.