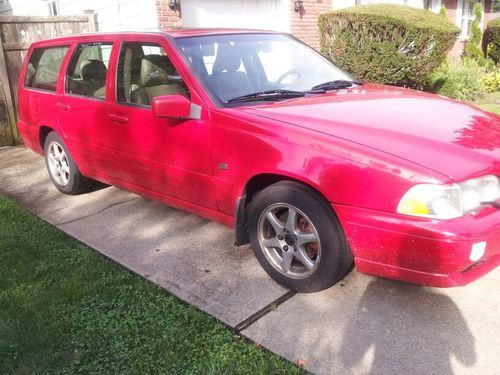 The automotive world is only a few months away from getting its first real glimpse at Volvo's big gamble with the unveiling of the next-generation XC90 (pictured above as the Concept XC Coupe). We're already getting a preview of the revolutionary upgrades with the introduction of the Swede's Volvo Engine Architecture family into some of its 2015 models, like the recently driven S60. These changes are just the start, though. The real magic could be in the powertrains.
Dean Shaw, Volvo Cars North America vice president of corporate communications hinted to Autoblog a few months ago that every model sold in the US could come in a plug-in hybrid variant, starting with the new XC90. Despite confirmation rumors that this has now come to pass, Shaw told AutoblogGreen that the only thing Volvo is confirming right now is that the platform is capable of that. "We haven't confirmed that all US Volvos would be available with PHEV," he said.
Shaw did confirm that that XC90 will come with a gas and plug-in hybrid powertrain that offers "around 400 horsepower." According to Plugin Cars, the new XC90 will be unveiled in August and will make its public debut at an as-yet-unnamed auto show in the fall. Also, sometime during the 2016 model year, a plug-in hybrid variant will be added to its lineup.

Volvo working to allow groceries delivered to your car, even when you aren't there

Volvo cites research showing that 60 percent of online shoppers had problems with their deliveries in 2013, and that missed first deliveries cost the industry roughly one billion euros ($1.37B US) in re-delivery costs, as impetus for its "Roam Delivery Service" that delivers packages to your car. The service uses Volvo On Call and Sensus Connect car-connectivity and telematics apps already installed in vehicles, and a digital key with a timed window of operation.
The car owner is notified if delivery to or pickup from the car would be the best option, which they then have the option to approve or decline. If approved, the position of the vehicle is sent to the delivery driver, as well as a digital key that can open the car. Once the delivery has been made, the owner is notified and the digital key is erased, leaving only a time stamp to record when the car was opened and then locked.
The technology will be shown to the public at the Mobile World Congress later this month. There's a video and a press release below with more on the details.