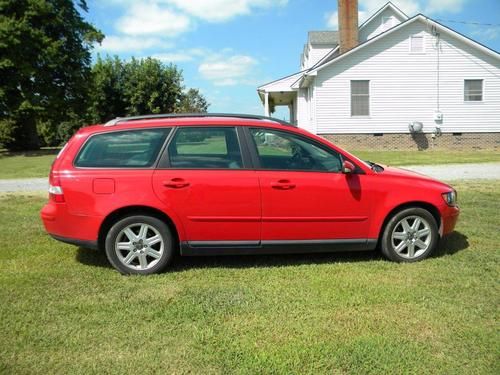 Condition: UsedA vehicle is considered used if it has been registered and issued a title. Used vehicles have had at least one previous owner. The condition of the exterior, interior and engine can vary depending on the vehicle's history. See the seller's listing for full details and description of any imperfections.Seller Notes:"Good condition with only minor wear and tear and minimal scratches. Overall good condition."

Car is in overall good condition with plenty of tread left on the tires.  I have only owned since March but am only selling because husband changed jobs and we do not need this extra vehicle.  I have had some repairs done since I had originally planned to own longer including replacement of right front strut mount, replacement of lower control arms with front end alignment and replacement of rear sway bar links. Otherwise, the car is in good repair.  Feel free to ask any questions.  I will expect the winning bidder to pay a $200 non-refundable deposit via Paypal within 24 hours of the end of the auction with the balance by cash, money order or certified check upon delivery.

A number of companies are developing autonomous vehicle technology - Google and Audi come to mind - but Volvo is applying its work in the area to a particular usage case: parking. The Swedish automaker has the technology up and running in a concept vehicle, which it says can be dropped off at the curb by its owner and left to its own devices to enter and navigate a car park, then find and park in an available parking spot. Volvo says the process can even be reversed when the owner is ready to go, with the car leaving the car park on its own to meet its key-holder again at the curb.
The vehicle first interacts with Vehicle 2 Infrastructure technology, which places transmitters in the road itself to inform the car (and driver) if the self-parking service is available. The driver then hops out, activates the Self Parking function on his or her smartphone and then leaves the car to do its work. The car uses sensors, all seemingly hidden from view (an advancement of its own in this field), to autonomously navigate the car park, which includes interacting and adjusting to other cars, people and objects.
The technology used here builds off of Volvo's other work in autonomous vehicle research, namely the Safe Road Trains for the Environment (SARTRE) project in which the company managed to create a train of four cars autonomously following a lead truck at speeds up 56 miles per hour. Volvo says the first application of its autonomous research in a production vehicle will happen at the end of 2014 with some level of autonomous steering available in the next-generation XC90. See the system in action by watching the video below.