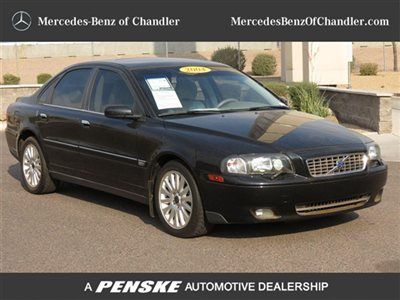 There's not a whole lot of life left in the current Volvo XC90, but it seems a replacement is on the way. According to What Car?, Volvo will launch its new flagship crossover sometime in 2014, riding on an all new platform that will eventually underpin several models in the company's range.
According to Volvo boss Hakan Samuelsson, this new architecture will eventually underpin the next-generation S60, V70, S80 and XC60, all of which will be getting mid-cycle enhancements over the next year. In speaking to What Car?, Samuelsson said that Volvo would not try to follow the paths set by BMW and Mercedes-Benz, instead focusing on "safety, elegant design and user-friendly functionality" for its next round of new cars.
The new XC90 will remain a seven-passenger vehicle and will be powered by a range of four-cylinder engines. Volvo will soon be dropping the five- and six-cylinder powertrains from its lineup.

Volvo is set to complete its concept car trilogy at the next month's Geneva Motor Show with the debut of its Concept Estate, the followup to its Concept Coupe from the Frankfurt Motor Show and Concept XC Coupe from the Detroit Auto Show. We've been looking forward to its Swiss debut, and now some teaser images of the Concept Estate have been uncovered... on the website of a raincoat seller?
Yes, Swedish raincoat maker Stutterheim has apparently been commissioned by Volvo to build a high-quality car cover for its Geneva concept, and the fabricator's website shows off some of the details of the long-roofed design study. From what we can see, it looks like the Concept Estate is more shooting brake than traditional wagon. Also, it's brown. So basically, Volvo has built the ultimate car for auto journalists.
Joking aside, the images show off more than a few of the design traits we've seen on Volvo's two previous concept cars. A wide, rectangular grille and lowercase-B-shaped taillights are both noticeable in these teasers, but we can't see much more than that.