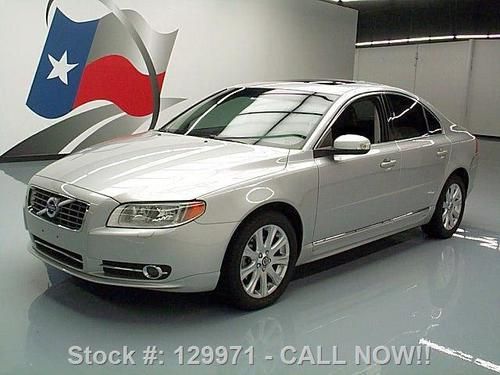 Jeremy Lin's new Volvo has him working out with the XC60

Jeremy Lin rose to prominence as a point guard for the New York Knicks in February of 2012 when he came out of nowhere to lead the team to a string of victories. Volvo was quick to notice and signed him as the company's US spokesperson that March. Since then, he has starred in several Volvo advertisements, and his latest ad shows just how he uses his Volvo XC60 to train for the court. The highlight is Lin shooting free throws out of the sunroof.
Since leaving the Knicks, Lin has lost some of the visibility and hype that attracted Volvo to him in the first place. Still, commercials must be made, so check out Lin's latest below.

Ford sold Volvo to Zhejiang Geely Holding Group Limited in 2010. Just two years later, Geely announced an $11-billion investment in the Swedish carmaker, its charismatic fugleman Li Shifu saying, "We want to revive Volvo and give the brand its strength back." Two years later, after having introduced the Concept XC Coupe at the Detroit Auto Show this week, Volvo CEO Håkan Samuelsson (above, second from right) declared the company profitable again after a solid 2013 and predicted a positive 2014.
Intending to break even on operating profit in 2013, Volvo exceeded expectations and landed on the plus side due to a mix of factors. US sales declined 10.1 percent for the year to 61,233, that number still making us Volvo's largest market, but Chinese sales were up nearly 46 percent to 61,146 units, and even its home market saw a bump of 0.8 percent; total sales for the year were 427,840, a margin of 1.4-percent over the previous year. Volvo was able to do more with the tiny gain and reverse its half-year operating loss because of a global cost restructuring and thorough revamp of its Chinese distribution network. An announcement of 2013's financial results will come in March.
Bullishness on 2014 comes from the company's intention to focus on its two biggest markets with new models, new technology and more spending. The first product of an independent Volvo, the new XC90, will be revealed later this year on the new SPA architecture. On top of the Sensus Connect infotainment system, Volvo will add driver-aid systems like adaptive cruise control with steer assist and night-time pedestrian detection. It also has a new North American CEO and will spend more on marketing and communications here. In China it will begin to feel more effect from the two Chinese factories opened last year - it has three in the country - and, if need be, can take advantage of more advantageous exchange rates by exporting from China instead of the US. Said Samuelsson of what he expects in the US in 2014, "we will outperform the market."