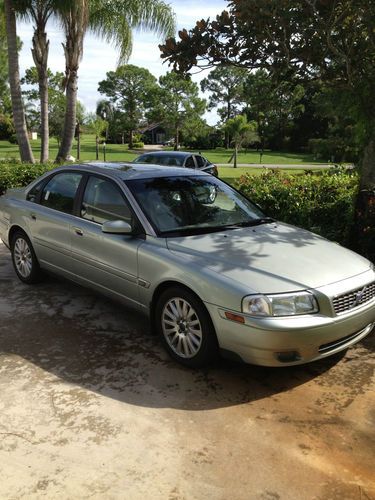 the car is in really good condition the only thing is that the hood is a little bit faded but there are no dings and dents in the car. It has always been in a smoke-free environment so it still smells good. It has all the main features to it. I am the owner of the vehicle. I bought it a couple of years back off my grandpa so its been in my family since it was brand new. you can pay me through pay pal, cash, or check. you can come pick the car up right after you pay for it and i will have everything ready for you.

Volvo has made all manner of vehicles over the course of its long history, including coupes, convertibles, hatchbacks, sedans, wagons and SUVs. But the vehicle that started it all was the PV444.
Or rather, we should say, the PV444 is what re-started it all. Because while it wasn't Volvo's first model, it was the first one it produced after the war. Monday, September 1, will mark 70 years since the PV444 first debuted at the Royal Tennis Hall in Stockholm pictured above, where the company received 148,437 visitors.
That presentation there took place shortly before the end of World War II when the vehicle wasn't even finished yet. A team of 40 engineers and designers were still fine-tuning the final version, but were eager to show the public what it would start building after the last bullet was fired and peace would return to Europe.