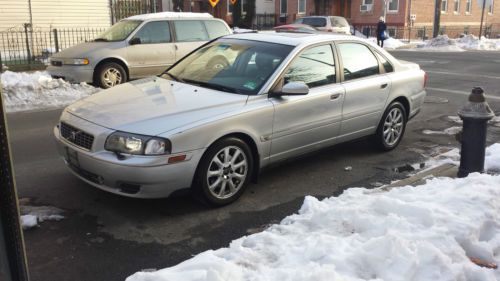 You're looking at the third leg of Volvo's award-winning concept trilogy, the Concept Estate. Despite its banal name, this sweeping longroof showcar has our attention like few other cars at the Geneva Motor Show.
It's not just that we have a weakness for shooting brakes or Volvo's take on the genre in particular (we can see some P1800ES in this design). We just think this car is exceptionally well surfaced, with a fantastic stance and the sort of clean lines that are singularly appropriate of a Scandinavian design. We also appreciate the details that are expected to inform future production models, including the T-shaped headlamps, strong rear shoulders and floating grille mount. In fact, the vast majority of the Concept Estate's design idiom is expected to make it to showrooms in future models, starting with the long-overdue, second-generation XC90 crossover.
We hope - but don't expect - that attitude carries over to the interior, which has stunning, white leather, floating clamshell seats backed in plaid. If there's one cabin feature that's expected to make it to production, it's a derivative of the car's new infotainment system, which features a massive touchscreen with tablet-like gesture controls.