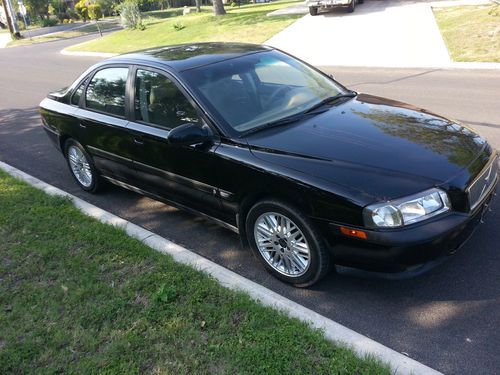 Condition: UsedA vehicle is considered used if it has been registered and issued a title. Used vehicles have had at least one previous owner. The condition of the exterior, interior and engine can vary depending on the vehicle's history. See the seller's listing for full details and description of any imperfections.Seller Notes:"luxury car with only 139k , cold ac , clean engine , clear title tan leather seats with fabric cover cruise control ,6 cyl with twin turbo very reliable car , ready to find a new home"

The new Volvo XC90 breaks new ground in any number of ways. It's based on a new modular platform, packs new engines, introduces a new design language and incorporates a whole slew of new safety systems. Even in its sales approach, it takes Volvo into new territory.
In what Volvo calls an industry first, the first 1,927 examples of the new XC90 will be sold online. Those First Edition models, whose production numbers honor the year of the company's founding, will come fully equipped in T6 AWD guise with the twin-charged (but not hybrid) 316-horsepower engine, air suspension, Bowers & Wilkins audio system and 21-inch Inscription alloys, decked out in black with a tan Nappa leather interior, all for $65,900.
As you can see from the online store, ordering has officially begun. Get one while they're hot.

Because life isn't fair, we don't get the stylish wagon known as the Volvo V40 in the United States. That means we don't get its soft-roading cousin, the V40 Cross Country. So, naturally, if Volvo tuner Heico Sportiv ever produces this ruggedized, XC-styled V40 Cross Country, it most certainly wouldn't cross the pond, either.
That makes us sad, because despite holding a tiny bit of contempt for small luxury crossovers, this is a very, very cool looking vehicle. It's just a render right now, but Heico Sportiv is looking to offer the kit to V40 Cross Country owners who want a smaller version of the Volvo XC60.
Converting a V40 CC into an XC40 would start with some suspension tweaks. The ride height would be raised by just over an inch, in order to improve the looks of the soft-roader and deliver a more CUV-like ingress and egress. New shocks would also be fitted, as well. Wheel-arch extensions were also added to complete the look.