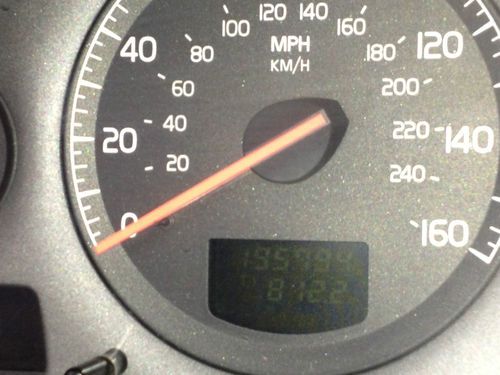 I am letting go of my 2000 Volvo S80 because I am trying to downsize. It runs well. The check engine light is on. Side airbag on passenger side needs to be recalibrated. Sunroof works well. Drove this car for 12 hours straight form the east coast to the mid-west with no problems. I don't think the odometer is accurate because it stopped counting for a few miles while I was driving it a few months ago. Although it is almost at 200,000, the dealer told me that it still has a long life left in it. Volvos go forever if you take care of them. This one was taken care of.