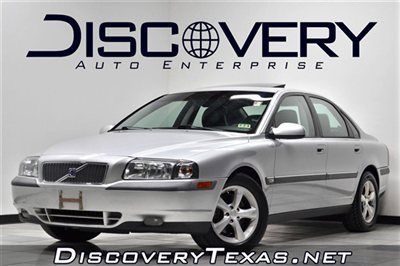 Autonomous vehicles are increasingly being tested on public roads around the globe, including Nissan in Japan and Google here in the US, and now Volvo is preparing to test its own self-driving cars on the streets of Sweden. In conjunction with the state government, Volvo's Drive Me project kicks off next year, starting with the development of customer research and infrastructure technology before setting 100 self-driving cars loose on the streets of Gothenburg in 2017.
These 100 cars will be in the hands of customers, and the tests will help Volvo and the Swedish government track varying aspects of self-driving cars including economic benefits, consumer confidence, traffic flow and passenger safety. The technology being developed by Volvo uses not only on-board radar and sensors but also map data gathered from the cloud, and it controls all driving systems including the brakes, throttle and steering. Drivers can engage and disengage the car's autonomous drive mode by pushing a button on the steering wheel, and the technology will also allow for a self-parking feature.
While the cars shown in this demo are S60 models, the test vehicles will be based on Volvo's upcoming Scalable Product Architecture (SPA), which underpins future models like the next-gen Volvo XC90. Scroll down for a video and press release marking the announcement.

Volvo is improving the luxury offered by the XC60 and S80 with upgrades to both models' Inscription packages for 2015. It is also making all of its models (other than the soon-to-be-replaced XC90) available with its new Drive-E engine family and Sensus infotainment system.
The Inscription package was previously available on both the XC60 and S80, but new upgrades include Sovereign Hide leather throughout their interiors, including on their instrument panels, seatbacks, center armrests and headrests. Inscription also adds wood inlaid trim and new floor mats. On the outside, the package is offered in Crystal White Pearl, Electric Silver and - exclusively for the S80 - Ember Black. The XC60 comes with 20-inch, ten-spoke wheels, and the S80 receives 19-inch wheels of the same design.
As part of its sponsorship of a yacht race, Volvo is also bringing the XC60 Ocean Race Edition to the US. Buyers will get their choice of black or blonde leather seats with orange stitching, a map of the race route on the rear load cover and the event's logo around the car.