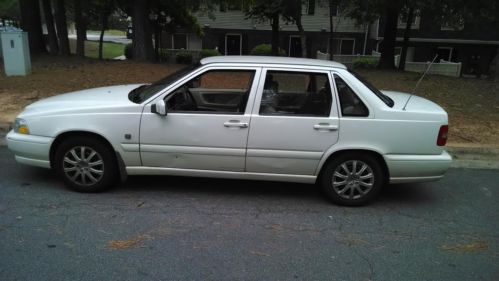 According to a report in Reuters, the findings of an internal investigation conducted by Geely-owned Volvo is that its Chinese dealers vastly overreported their sales numbers in 2011, then even more vastly underreported their 2012 sales figures. About "half the dealers" out of the 151 total outlets gamed the system in order to get incentives for reaching volume objectives, falsely recording about 7,000 more units sold than was actually the case. Instead of 47,140 cars sold in China in 2011, the real number should have been 39,871.
Volvo corporate books a sale once it ships a car to a dealer, so that meant there were 7,000 more cars in inventory than there should have been. To restore the balance, the dealers underreported their 2012 sales while they unloaded those extra cars since, naturally, they couldn't claim the sale again. That made it look like sales declined by 11 percent in 2012, even though they actually increased year-on-year. The adjusted sales number for 2012 totalled 45,896.
Volvo has met with its dealers and told them to stop the deceitful practice. The discrepancies weren't so great that the company plans to restate its historic numbers, but from now on, it apparently plans to occasionally check inventory to make sure the numbers match and that it has a true picture of how individual models are selling.

Volvo is an automaker committed to vehicle safety, setting an ambitious target for itself: by 2020, the Swedish automaker envisions that no one will be killed or seriously injured in one of its cars. In order to achieve that goal, Volvo has announced a new proving ground designed specifically to test safety solutions.
Called AstaZero, the new facility near the company's headquarters in Gothenburg, Sweden, is the result of a $70 million investment. It will cover some 500 acres, with over 60 acres of pavement, four city blocks and three and a half miles of highway. The Active Safety Test Area (the ASTA in AstaZero) will enable Volvo and its partners (including Scania trucks as well as government bodies and university development programs) to simulate city streets, highways, rural roads, roundabouts, T-junctions and more, combining traffic from cars, pedestrians, bicycles, motorcycles, buses, trucks and even animals in order to account for all manner of potential hazards.
The facility will enable Volvo to test active safety systems and autonomous vehicle operations, and even allow robots to test its prototypes in an adaptive environment that aims to be more flexible than existing proving grounds. Read more about Volvo's commitment to safety in the press release below.