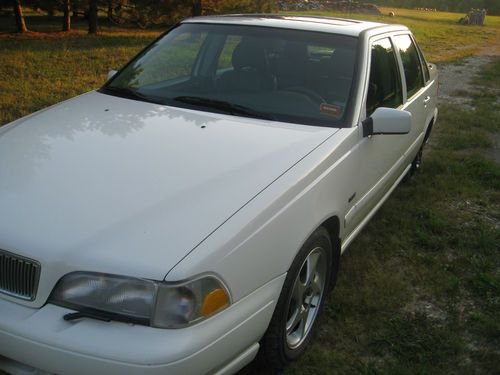 For those not paying attention, Volvo has updated its S60 sedan range for 2015 with a new range of engines under the Drive-E label. Wearing the same T5 and T6 badges to note the relative levels of power under the hood, both engines are 2.0-liter four-cylinders, with the lesser being turbocharged and the greater being both supercharged and turbocharged.
Both Drive-E variants are currently only available in front-wheel-drive flavor, though Volvo will still happily sell you an S60 T5 AWD with the older 2.5-liter turbo five-cylinder, or a top-of-the-line S60 T6 with a turbo'd 3.0-liter six-cylinder and all the wheels turning.
The car I drove for a week is perhaps the most balanced version of the S60 range, with that exotic sounding twin-charged 2.0-liter mill planted happily in the attractively sloping nose. Provided you're not hung up on front-drive dynamics, the T6 Drive-E might be a solid candidate for your next premium small sedan shopping list, as well.