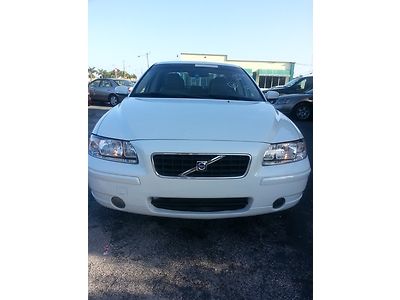 For the last few years, Volvo has set up an art display in the Zurich, Switzerland central train station called the Volvo Art Session, allowing select artists - both established and up-and-coming - to create temporary exhibits with one of Volvo's products acting as the centerpiece. This year, six artists from across Europe converged in Zurich to turn a 2014 Volvo XC60 into a work of art.
Each started with a blank white canvas, creating a massive display in what Volvo says is one of the busiest covered public places in Europe, and after each was done, it was all erased for the next artists to come in and do his or her thing. While some made the XC60 a focal point in the art, others made the crossover seemingly disappear. We have a gallery of all six finished pieces, but if you want to see background of the artists or time-lapse videos of their works, head over to VolvoArtSessions.com. This site also shows the exhibits from the prior two years, and a press release can be found below.

Because life isn't fair, we don't get the stylish wagon known as the Volvo V40 in the United States. That means we don't get its soft-roading cousin, the V40 Cross Country. So, naturally, if Volvo tuner Heico Sportiv ever produces this ruggedized, XC-styled V40 Cross Country, it most certainly wouldn't cross the pond, either.
That makes us sad, because despite holding a tiny bit of contempt for small luxury crossovers, this is a very, very cool looking vehicle. It's just a render right now, but Heico Sportiv is looking to offer the kit to V40 Cross Country owners who want a smaller version of the Volvo XC60.
Converting a V40 CC into an XC40 would start with some suspension tweaks. The ride height would be raised by just over an inch, in order to improve the looks of the soft-roader and deliver a more CUV-like ingress and egress. New shocks would also be fitted, as well. Wheel-arch extensions were also added to complete the look.

Earlier this year, Polestar jumped from the racetrack to the showroom with its own take on the Volvo S60 sedan. And given the similarity and the proud history of hot Volvo wagons, not to mention the spy shots and teasers, we knew it would only be a matter of time before Volvo's racing partner would return with a similar take on the V60. And that's just what it's done.
Powering the new Volvo V60 Polestar is the same 3.0-liter turbocharged inline-six as the sedan, driving 350 horsepower and 369 pound-feet of torque to all four wheels through a six-speed automatic transmission and Haldex all-wheel-drive system. Hitting 62 miles per hour reportedly happens in the same 4.9 seconds as the sedan, on its way to a stop speed of 155 mph.
The power upgrades come courtesy of a twin-scroll Borg Warner turbocharger, intercooler and overhauled exhaust system. Other upgrades over Volvo's own R-Design model include stiffer springs, Öhlins shocks, 20-inch wheels, Brembo brakes and a full aero kit, not to mention an upgraded cabin from which to command the performance.