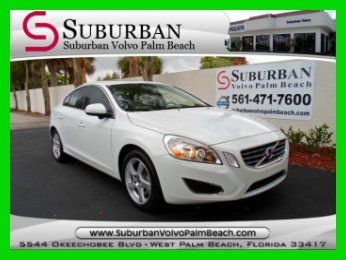 While we were seated at our desks like good worker bees yesterday, Irv Gordon was continuing his assault on the record books. Gordon, if you recall, is the original owner of a red 1966 Volvo P1800 (owner and car shown above), and yesterday, Volvo says the coupe's odometer clocked its three-millionth mile. The miracle mile occurred on the Seward Highway in Alaska, one of only two states that Gordon had never visited.
It took the New York native more than 20 years to hit his first million miles in 1987 and another 15 years to achieve two million miles in 2002, but a road trip to Alaska will further cement his place in the record books as the car surpasses three million miles. Gordon has almost doubled the 1.69-million mile distance that helped him win a Guinness Book of World Records title for the most miles logged on an originally owned car, and this new momentous distance proves the durability of both man and machine. For more information on Gordon's feat, scroll down for a Volvo press release or check out a website set up to celebrate his latest milestone.