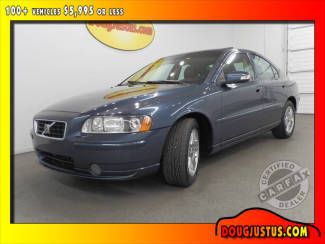 Watch this video, then buy this 1993 Volvo wagon

Do you want to be perceived as rich and cuddly? Of course you do. Then you need to buy this car.
We know it makes no sense, but that pretty much sums up our take on the video you'll see below, in which a man by the name of Christoffer Castor, from Scania County in Southern Sweden, attempts to convince any and all who watch to buy his car. The car in question is a 1993 Volvo 240 wagon, in red with a black fabric interior.
We have quite a bit of respect for the old boxy Volvo wagons here at Autoblog, and, despite the presence of some unsightly rust on the tailgate, would gladly bum about in this particular 240. We especially appreciate the five-speed manual gearbox and that it's from the car's final year in production.

Taking into account the facts that Volvo is now owned by China's Geely and how poorly the European automotive market has been recently, we would have definitely understood if Volvo moved production of its products out of its home market. And yet, the automaker has confirmed that it will be investing billions of dollars into new platforms and engines that will be made in Sweden. On a global scale, Volvo is making roughly $11 billion of investments, and close to half of that is being earmarked for Sweden for plant expansion and upgrades.
The new Scalable Product Architecture (SPA) platform will be the used as the basis for most future Volvo products starting with the next-generation XC90 that will be debuting at the end of 2014. SPA will be used to make up two-thirds of Volvo's sales, and gives Volvo a quicker and easier break from Ford-derived platforms. As for the Volvo Engine Architecture (VEA) family of engines, there are really no details about this mill except that it will be a four-cylinder that is more fuel efficient than current engines.
Scroll down for the Volvo press release.