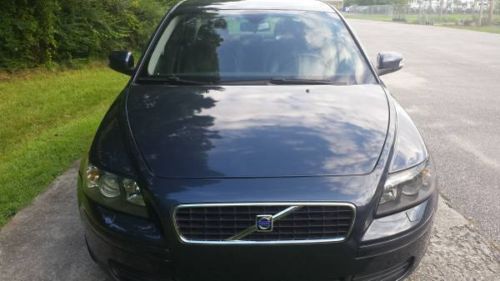 Volvo's plan for China: sell them on the clean air inside the car

Large Chinese cities aren't known for having clean air. Just this week, the Chinese city of Harbin filled with record levels of smog after starting the city's coal-fired heating system, according to CNN. But Li Shufu, the chairman of Geely, Volvo's parent company, says the automaker's astute attention to cabin comfort in areas such as air filtration is a selling point for the Swedish automaker in China, Forbes reports.
Shufu says when he is inside a Volvo, he feels like he's in Northern Europe, but when the door is opened, he feels like he's in Beijing. The chairman made the remarks at the fourth annual Global Auto Forum (GAF) in China (which also happened to be attended by Alan Mulally, CEO of Ford, which was Volvo's owner until 2010), where he emphasized Geely's hands-off approach to managing Volvo, saying, "Geely and Volvo are brothers, not father and son."
While good filtration contributes to cabin comfort, the way we see it, Shufu also is allowing Volvo to play to its most well-known strength: safety. Smog protection via air filtration might not seem like the most important safety feature for a car in the US (unless you live in Los Angeles), but when you consider that Harbin's level of fine particles was up to 30 times higher than the World Health Organization's recommended standard on Tuesday, we'd think twice about that. Fine particles, which are 2.5 micrometers in diameter or less, are considered to be the most harmful to health.

Volvo has already announced the end of production for its C70 hardtop convertible, a handsome but seriously dated offering that was last refreshed in 2010. Volvo won't be abandoning the two-door coupe-convertible market for long, though, as news out of Australia claims that a replacement, based on the striking Concept Coupe, will join the Chinese-owned, Swedish brand's ranks, although it's unclear precisely when we'll see it on the road.
"Eventually yes... as soon as possible," Hakan Samuelsson, Volvo's CEO, told the Drive, before adding, "when we are ready."
"The Coupe Concept car, we can put that into production and it will have an exposure on the brand. But at the end it's the cream on the cake and at the end you need the cake first before you put the cream on it," said Volvo's Senior Vice President of Product Strategy and Vehicle Line Management, Lex Kerssemakers.

The final chapter of Volvo's concept car trilogy has arrived after a few teasers earlier this week, as well as some recently leaked images, and as we so astutely summarized previously, it's a brown shooting brake. Really, we couldn't think of a better type of vehicle to follow up the Concept Coupe from the Frankfurt Motor Show, the Concept XC Coupe from the Detroit Auto Show and complete the Swedish trinity of concepts.
It's best to think of the Concept Estate as the hipper, classier cousin to the Concept Coupe. The two are virtually identical below the beltline, featuring front fascias that are indistinguishable from each other (except one is, you know, brown). Both cars wear wide, rectangular grilles inspired by classic Volvo models and T-shaped headlights Where the Concept Estate differs, obviously, is with its more functional rear end and longer roof.
That rear is accented by the Estate's wide haunches and slim, angular taillights, which borrow heavily from the units shown on the Concept XC Coupe. These two features work in tandem to present a wide, squat appearance from the rear. The profile, meanwhile, shows off that spacious greenhouse, which is made even airier by a glass roof.