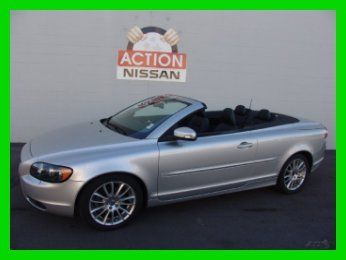 Outside of a few notable exceptions, Volvo usually isn't associated with making beautifully curvaceous vehicles. But in the 1960s and early '70s the company proved with the P1800 that its cars didn't only have to be safe but staid family transportation. Underneath that shapely styling were a lot of components from the brand's parts bin, but that didn't bother Roger Moore when he drove one of these in the TV series The Saint. Actually, the future James Bond actor didn't just get behind of one of these; he owned this exact 1967 P1800 S. It's this week's highlight on Jay Leno's Garage.
Moore was the car's original owner, but it also appeared in studio scenes of The Saint. Despite its famous provenance, when owner Bill Krzastek bought the P1800 in England, it was in pretty rough shape. The Volvo underwent a nine-month restoration to get it back into shape, which included some new body panels and wheels. Krzastek claims that much of the interior is original, though.
Krzastek comes off has a little bit nerdy, but you have to give him credit. He absolutely loves his Volvo and knows something about practically every detail of his car's history. Krzastek even refinanced his house to fund the purchase and restoration of the P1800. Although, with the right maintenance these old Swedes have been known to go millions of miles. Enjoy this look at one that was a star of the screen in the '60s.

Watch Polestar talk about the development of its super S60

Polestar is getting ready to deliver its first production car, the Volvo S60 Polestar. Letting the S60 stretch its legs, Polestar Racing driver Robert Dahlgren took the blue sedan from Barcelona, Spain to Jokkmokk, Sweden - stopping for wet-weather testing in Germany along the way.
Dahlgren narrates the journey of the "pilot project" that has 350 horsepower and around 368 pound-feet of torque, and will perhaps be the first in an era of hardcore Volvo production cars. It will go on sale in Australia this Summer, with other markets "under investigation." While we non-Aussies wait with fingers crossed, there's a video below to enjoy.