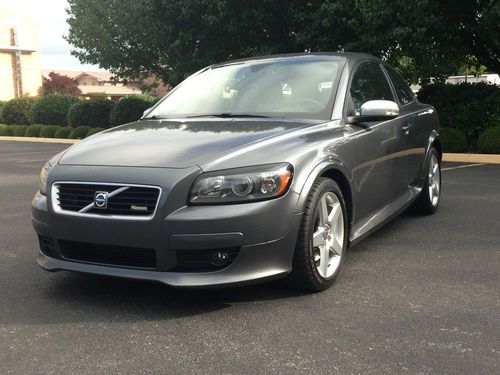 This is an extremely nice car and it is fun to drive. It is loaded with options such as: Leather seats, steering wheel controls, cruise control, power seats, power windows and locks, and a 160-watt 8 speaker sound system. The interior of this car is in excelent shape with no rips, no odors, and no abuse. The exterior of the car is also in great shape, it has one small ding on the passanger side of the rear bumper that is shown in the pictures. If you have any questions regarding this car please give us a call.

Polestar Performance has been around since 1996, but until recently, it only did two things: manage Volvo motorsports operations and run a specialist consumer-facing side that built concept cars and boosted Volvo's turbocharged production cars by 15 to 60 horsepower. Five years ago, it fulfilled its long-held desire to engineer an actual production car, first creating the C30 Polestar Performance Concept, a showcar that led to the C30 Polestar Limited Edition.
That foray led to the berserker, 508-horsepower 2013 S60 Polestar Concept that Auto Motor und Sport called "a hard slap in the face to the Germans," and that model led to the limited-edition S60 Polestar production car just for Australia, a car reviewers swooned for, with one comparing its chassis finesse to the Ferrari 458 Italia.
All of which is to say, Polestar has a good start for a motorsports and tuning company to make good on its production car dreams. The 2015 Volvo S60 Polestar and V60 Polestar keep that momentum going, and beautifully at that.