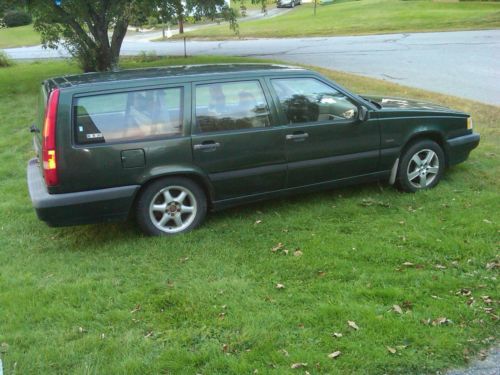 With the Volvo S60 Polestar going on sale in Australia this June, Volvo has finally released images and specs for the production version of the performance sedan. While no official build number has been announced, one image of the car's steering wheel shows a serial number plaque that says "No. 000/100" indicating that production will likely be limited to just 100 units in Australia. The press release states that the Australia run of Polestar-tuned S60s is a "pilot project" and that other potential markets are "under investigation."
Although it looks very similar to the S60 Polestar Concept we first saw at the LA Auto Show last year, the production version of the car sports a few changes. Visually, the front and rear fascias have been slightly modified from the concept car, as have the matte-black wheels. Inside, we see a different steering wheel that adds the aforementioned build sequence plaque but loses the suede leather accents, and there is also a sportier looking shift lever with a chrome handle that features a Polestar logo.
As for performance figures, rather than the 508-horsepower of the S60 Polestar Concept, the production version will be limited to 350 hp and more than 368 pound-feet of torque, which is still an improvement of about 25 hp and at least 14 lb-ft over a 2013 S60 R-Design. Polestar also tuned the six-speed automatic transmission and Haldex all-wheel-drive system for optimal performance leading to a top speed of 155 miles per hour and a 0-62 mph time of 4.9 seconds. The production S60 Polestar will still get suspension, brake and aerodynamic upgrades.