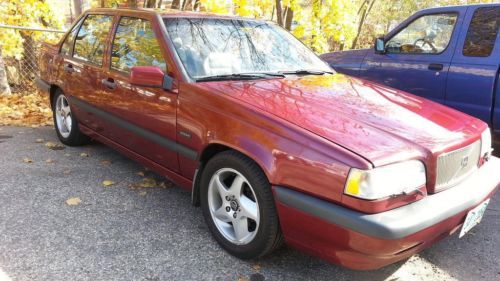 An early look at the new face of the Volvo S80 has made its way to the web. The Chinese site Auto Sina spotted a revised version of the country's S80L out in public and in plain view. Not too long ago, Doug Speck, the global head of marketing and sales for Volvo, said designers were working on a mild facelift for the S60 and S80, and while it is possible the Swedish manufacturer will roll out a different front fascia for the US market, the move seems unlikely.
The S80L seen here boats a tweaked grille and a Passat-inspired lower valance. New wheels and side-view mirrors also appear to be part of the update, as does a modified rear bumper and exhaust outlets. Volvo is set to debut the facelifed S80 next year, and while the manufacturer hasn't delivered an exact time frame, good money is on the vehicle showing up at the Detroit Auto Show in January or the Geneva Motor Show in March. Stay tuned for more information.