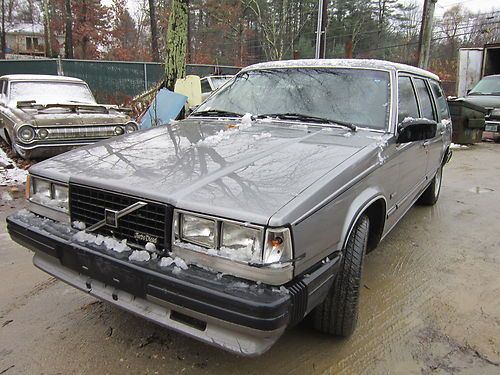 The 2014 model year is going to see big changes for the Volvo lineup. The biggest news is that the "60 cluster" models (the S60, V60 and XC60) are receiving some substantial updates despite not being all that old, and Volvo is also refreshing the S80, V70 and XC70 models. Of course, the 2014 model year also marks the departure of the C30 and C70 from its lineup, and we still have at least a year to wait until we see the redesigned XC90.
Except for the XC90, all of the 2014 Volvos will be getting noticeable design updates. The S60, V60 and XC60 get more in-depth changes, including a full front facelift. All will use an evolution of the "naughty" design that debuted on the S60. The rear of all three cars get some changes, too, most notably consisting of the reshaped rear fascia with the integrated exhaust outlets. S80, V70 and XC70 will get more minor changes - mostly to bring them in line with the fresher models. The XC70 keeps is rugged plastic cladding, but it gets some stylish wheels with what look like arrowhead accents.
Inside, all of these updated models will new in-car technology such as the Sensus Connected Touch infotainment system and the adaptive digital display with a TFT (thin film transistor) screen. This reconfigurable screen allows the driver to choose between three different themes - Elegance, Eco and Performance - which changes the color and layout of the background. Other new features include heated windshields, Active High Beam Control for the headlights, paddle shifters for a little added driver involvement and IntelliSafe active safety systems (City Safety, Pedestrian Detection and Road Sign Information) The S80, V70 and XC70 will also add heated steering wheels to their respective options sheets, too.