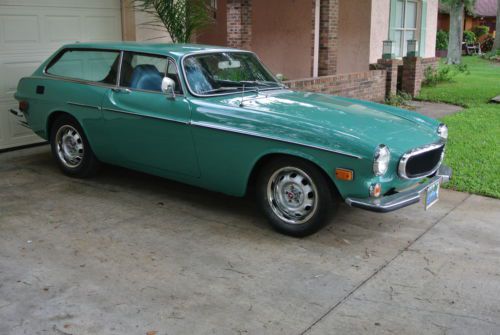 Sometimes it takes smaller automakers a bit longer than the industry average to rotate and freshen their product lineups. Volvo has taken a big swing for the 2014 model year in that regard, and has brought along a full product portfolio of new cars.
In the main, this means that the Swedish brand has fast-tracked facelifts for its already-attractive assemblage of sedans, wagons and crossovers. Volvo mainstays S60 and S80 have both gotten appearance modifications to freshen them for dealer lots, as well as added features inside the car. We're particularly happy to report that the spirited "60 cluster" models - S60, V60, XC60 - can now be had with optional paddle shifters on new, three-spoke steering wheels.
Below you'll find a whole bunch of image galleries of the revised Volvos, live and in person from the show floor in Geneva. For a bit more background on the Volvo updates, feel free to read our original announcement of the news or scroll down to catch the press release.

You know what we haven't posted in a long time? A very weird, car-related video. It's high time we address this failing.
As strange videos go, this one is truly bizarre. The two-minute clip focuses on the Volvo V60 R-Design, although you're not going to be learning anything about the car. Instead, you're going to be focused on the weird narrator (and the cat decals on the windows).
It's like someone taught the Swedish Chef to speak English, but with a ridiculous accent and a script that's been fed through Google Translate. The result is a weirdly cerebral voice speaking in a manner that borders on gibberish mixed with information about the car. We're particularly fond of, "In accordance with Volvo tradition... the car... is... of course... furnished, with an inside." "Floor bibs," in reference to the floor mats, was an office favorite, as well.