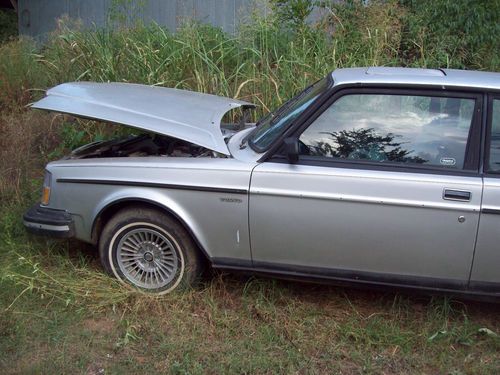 Condition: UsedA vehicle is considered used if it has been registered and issued a title. Used vehicles have had at least one previous owner. The condition of the exterior, interior and engine can vary depending on the vehicle's history. See the seller's listing for full details and description of any imperfections.Seller Notes:"right hood hinge is broken good straight body all there cranks but wont start does sound like it wants too"

no rust that i can see good looking car

Volvo XC90 prototype spied for the first time ever

Despite its advanced age, the Volvo XC90 remains a highly competent luxury SUV. The design has aged nicely, and it's clear from the Insurance Institute of Highway Safety naming the big Volvo a Top Safety Pick + that the safety-minded Swedes behind it knew what they were doing. Still, even the finest cars need replacing, especially after nearly 12 years on sale.
Here we have the first spy shots of the next-generation XC90, under development somewhere cold (at this rate, it could be anywhere from Arvidsjaur to Atlanta). Now, as our spy photogs point out, this is the real deal, judging by all that camo over the vehicle. There's a production body under there, rather than this being a mule with the old vehicle's skin on top of it.
It's difficult to make out much because of all the camo, although there are some similarities to both the Concept XC Coupe from the Detroit Auto Show and a batch of teaser images we showed you earlier this year. We can see the greenhouse retains a shape similar to the current XC90, although the beltline climbs rather aggressively once past the C pillar, much like it does on the Concept XC Coupe. In back, Volvo has eschewed tall, vertical lights in favor of more conventional units, which we expect to be similar to what we saw in the teaser images. We'd bargain that there will be a traditional rectangular grille, like what you can see on the concept. The headlights, meanwhile, should wear T-shaped LED elements, like the teaser images.