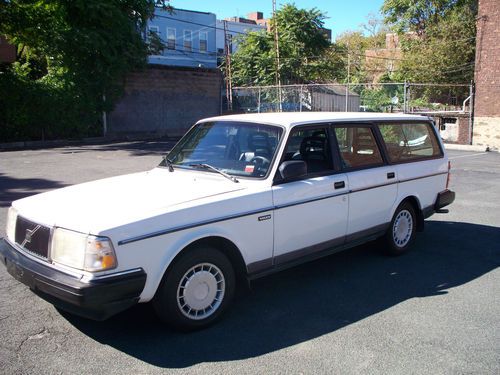 Condition: UsedA vehicle is considered used if it has been registered and issued a title. Used vehicles have had at least one previous owner. The condition of the exterior, interior and engine can vary depending on the vehicle's history. See the seller's listing for full details and description of any imperfections.Seller Notes:"There is a slight dent on the driver’s side door, It does not affect the drive of the car (see picture). There is also a scrtch on the front passenger door. (also see picture as part of the description. FUEL (GAS)Gauge is NOT working."

Sweden's Prince Carl Philip to race for Volvo in STCC

Prince Carl Philip Bernadotte has it good. He is a member of the Swedish Royal Family, he dates a model and he has been voted by Forbes as one of the "20 Hottest Young Royals." If that were not enough, he is a fairly successful racecar driver. The latter has earned him a spot on the Volvo Polestar racing team for the Swedish Touring Car Championship. The prince will be piloting a race-spec S60 in the 2013 STCC campaign.
Starting in 2008, Prince Carl Philip began competing in the Porsche Carrera Cup, where he placed as high as 11th. In 2010, he finished first in the Porsche GT3 Endurance competition, and most recently, he placed fourth in the 2012 Swedish GT GTB.
As his motorsport career up to this point suggests, the prince is quite serious about racing and the STCC is the next step up. According to Prince Carl Philip, "There is no tougher championship in Sweden and at the same time as I have respect for it, it motivates me greatly." You can read more on Prince Carl Philip's upcoming campaign with Polestar in the press release below.