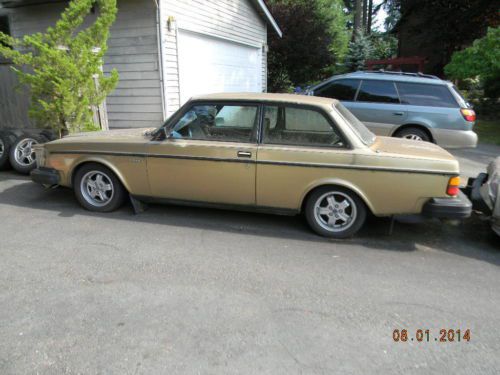 Volvo wants us to know what kinds of new technology will be under the sheetmetal of the offerings that will sit on its Scalable Platform Architecture, the first of which will be included on the 2015 Volvo XC90 arriving at the end of next year. The silicon-chip onslaught starts with detection and auto braking for vehicles, pedestrians, cyclists and large animals. The company's animal detection tech now works at night thanks to better cameras and exposure controls.
Also due for the high-riding wagon are road edge and barrier detection with steer assist, a setup that identifies the edge of the road - even ones without markings. The system can steer the car back into its lane if it detects the driver is about to leave the road or collide with a barrier. Adaptive cruise control with steer assist allows the car to not only follow the flow of traffic on a straight road, but steer itself automatically.
Beyond that, the company is planning on other safety advances, but these will rely on automaker cooperation and infrastructure upgrades. Volvo has signed a memorandum of understanding with the Car 2 Car Communication Consortium on the subject of standards for communication between cars and wants to have it implemented by 2016. Sensors in traffic lights will enable Green Light Optimum Speed Advisory, which tells a driver how fast to go on a give stretch of road so as not to hit a red light. Weather, road condition, road works and emergency vehicle warnings will also inform drivers of new developments on the road. And autonomous parking, which Volvo has already demonstrated, stands to put a lot of valets out of work since it allows the car to find its own parking space without a driver inside.

In China, it's all about being driven. That's why we've seen so many automakers stretch their most popular models to appeal to buyers in the Chinese market. Volvo is certainly no stranger to this, and according to Autocar, the company is already working on a super-lux, four-seat version of its recently launched XC90 crossover.
Volvo won't stretch the XC90 and just increase second-row legroom, however. Instead, the company will reportedly remove both the standard XC90's second and third row benches, and install a duplicate set of front seats in the rear compartment, featuring the same electric adjustment features, including massage. These more luxurious thrones will be placed further back in the vehicle, allowing for "exceptional" legroom, Autocar reports, without needing to stretch the wheelbase.
Mum's the word on when we can expect to see the high-zoot Volvo arrive, though the magazine estimates that it surface later this year.