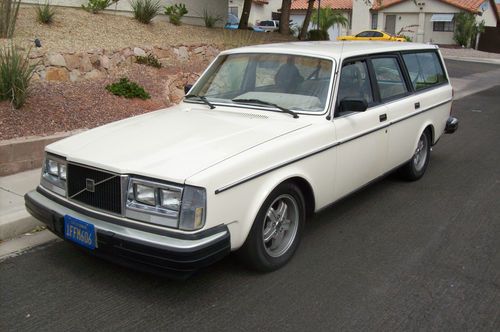 Last month, Volvo gave us a teaser of its new Concept XC Coupe, set to debut at the Detroit Auto Show. And now, just a few days before the doors open at Cobo Hall, leaked images of the stylish new crossover showcar have leaked online, courtesy of CarBuyer.co.uk.
The Concept XC Coupe is a sort of high-riding successor to the very attractive Concept Coupe that wowed us at the 2013 Frankfurt Motor Show. With its burlier dimensions and hatchback configuration, the Concept XC gives us a better glimpse at Volvo's new styling direction, which is expected to debut in production form on the next-generation XC90 crossover. We've already seen some leaked sketches of the new XC90, and it sure does look like this Concept XC.
We don't have any further details about the Concept XC Coupe, but from the images, we can see that it will use a four-passenger seating configuration, with rear seats that fold flat. There are also exterior badges for surround radar and a 360-degree camera system, suggesting some new safety tech fitting of safety-minded brand.

US could get Chinese Volvos soon, possibly Geely joint-venture subcompact?

After a little more than three years since Volvo was acquired by China's Geely, it was only a matter of time before products from this marriage started to show up in the US. Although nothing seems to be written in stone, Automotive News is reporting that the US could be getting Chinese-made Volvos sooner rather than later.
In speaking with AN, Volvo CEO Hakan Samuelsson said that Chinese Volvos could be exported to the US "fairly quickly," and while there was no word on any specific models being considered, the article points out that the S60 (shown above) is already being produced locally in China at a Volvo plant. Another possibility is the next-gen V40, which has reportedly received plenty of support from US Volvo dealers. Regardless of which model it is, Samuelsson doesn't seem too worried about a "Made in China" car receiving a negative reaction by US consumers, pointing to all the other Chinese products sold here.
On a global scale, AN is also reporting that Geely is working on a new subcompact platform co-developed with Volvo to compete against cars like the Honda Fit, Ford Fiesta and VW Polo. There is no word as to whether or not this Geely-branded model would be coming to the US, but just last year, we heard that the Chinese automaker is looking to break into the US market by 2016.