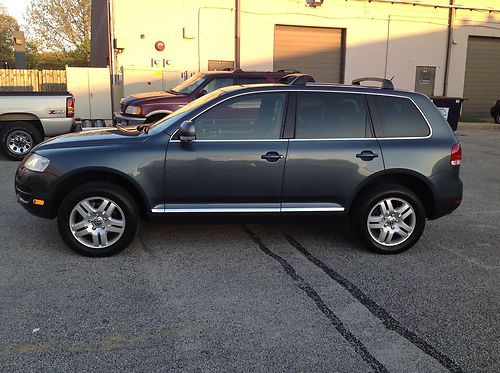 Let me start by saying, I love this SUV! This thing is not only beautiful and sporty outside but it has a great interior to match. As you can see from the pics this SUV has beautiful brown leather interior. Also this thing is equipped with all the bells and whistles. Power windows, power locks, power and heated seats, keyless entry, overhead clock and compass display, 6 disc cd, navigation, rear window shades, sun roof, cruise control, and a powerful 4.2L V8. The handling on this SUV is great! Bottom line this is a great SUV, backed by a reliable builder, and a trustworthy holding company name Porsche, this truck shares many parts with the Porsche (same chassis). If you have any questions please don't hesitate to call Larry at (609) 402-7104. Thanx for looking!