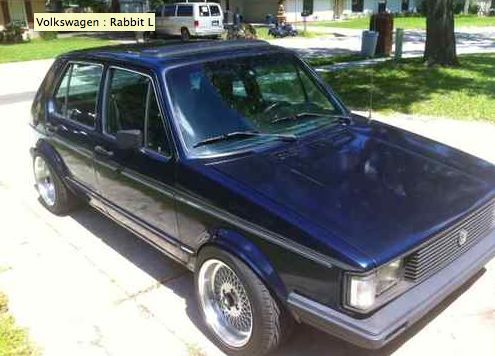 Condition: Used: A vehicle is considered used if it has been registered and issued a title. Used vehicles have had at least one previous owner. The condition of the exterior, interior and engine can vary depending on the vehicle's history. See the seller's listing for full details and description of any imperfections. ...
CAR DOES NOT RUN!
In the middle of trying to buy a house, so the project has to go. The car was my daily until I bought a new car a couple months back. mileage is around 175k on the clock, however the previous owner said that he had the 8v rebuilt around 100k. When I bought the car I was not worried, due to how strong it ran, and that I had intentions of dropping my 16v into it. It ran perfect with ac and everything working. I then pulled the stock 8v to swap a built 16v into the car.  As it sits right now the original 8v is out of the car as well as the 16v. Everything is here, 16v ecu labeled and ready to be put in, etc. Interior is super clean, outside looks great aside from a few small dents from pebbles flying up on the highway. All rust has been taken care of, except a small spot of surface rust on the hood by the windshield, it is smaller than half a penny. Most of these cars are complete rust by now, this one is super clean. I know im gonna take a loss, so get a great deal.  Stock wheels are currently on the car, but it will come with the Enkie 92's that are pictured as well. The auction will include everything vw, or related to the build that I have, I need space due to moving.
Feel free to ask questions.
I can email or text more pictures.
You will need to bring a trailer since the car does not currently run. Located in Central Florida, Zip 32750
Well here goes...
INSTALLED/INFO ON CAR
1984 Volkswagen Rabbit GL
15x8 Enkei 92's high polished silver
Fresh paint
new front windshield and gasket
new rear window gasket
Brand new shift links
Raceland Coil overs
new front strut mounts
new brake lines, hardware and pads
Toyo Tires (195/50/R15)
rolled fenders
lug nut to wheel bolt conversion
H&R Spacers
resprayed dash
euro plastic bumpers
corbeau racing seats w/ sliding racks
momo champion wheel and hub
euro front turn signals
black matching vynll rear seat
Replaced the Visors
new wheel bearings
Replaced the Ebrake assembly
Brand new gaskets/head bolts on the 16v engine
new mirrors
NOT INSTALLED, BUT WILL COME WITH THE CAR
mk2 seats front and rear
Shop built 16v head (autotek cams, shaved valves, etc)
original 8v/trans
Rebuilt 16v block
4 speed diesel transmission
front lower strut bar
front upper strut bar
Borla exhaust system
abd short shifter
newer alternator
brand new water pump
GTI Front spoiler
viper 350 plus alarm
roll bar kirkey padding
front techtonic strut bar
steering wheel clam
original bottle cap wheels
plus a couple boxes of extra parts.