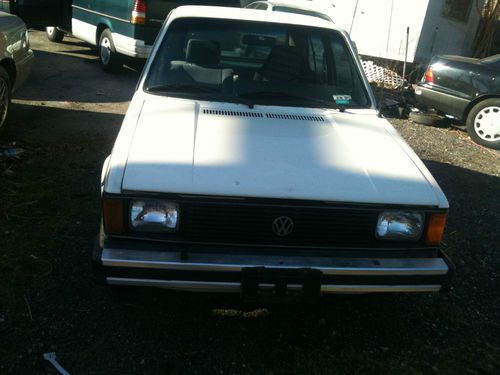 Up for auction is a 1984 volkswagon rabbit. This is another good old days of another german engineering that i pick up at a local auction, the car runs strong and smooth but it smoke a little bit on a big acceleration. Mechanically, the car is in great condition, there are some rust at the bottom of the quater panel, the injector pump is leaking slowly, and there is also a leak  around the block. As far as faults  go, the car, being more than 29 years old, has it's share, but the car is road worthy.