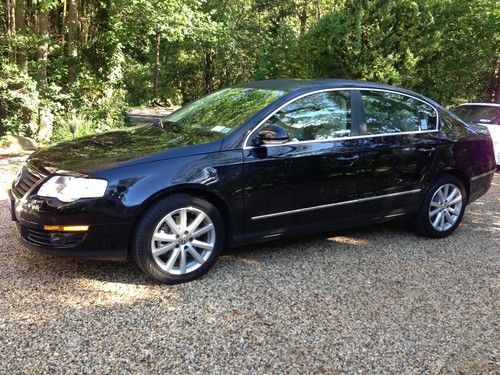 You are bidding on an absolutely MINT, Showroom condition 2010 VW Passat Komfort. This vehicle is Black with Beige/Tan Leather interior which is in FLAWLESS condition. Being garaged and dealer maintained has kept this car in absolutely perfect condition both inside and out! There is not a ding or a scratch anywhere and has never been in accident.  With only 23,688 around town miles this 4 door sedan, 2.0 liter, Turbocharged vehicle is a great purchase! If you have any questions please e-mail or call Kim at 631-278-1487.