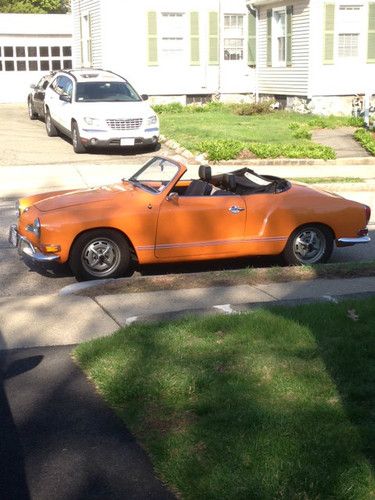 Condition: UsedA vehicle is considered used if it has been registered and issued a title. Used vehicles have had at least one previous owner. The condition of the exterior, interior and engine can vary depending on the vehicle's history. See the seller's listing for full details and description of any imperfections.Seller Notes:"This Car is in good condition with minor rust the paint is about 8 years old and everthing on the car is 98% original. The engine was rebuildt about 5 years ago and has 20K on it. The over all mileage is 126K. The vehicle has no carpet and the original top has a few holes as it is original."

This Car is in good condition with minor rust the paint is about 8 years old and everthing on the car is 98% original. The engine was rebuildt about 5 years ago and has 20K on it. The over all mileage is 126K. The vehicle has no carpet and the original top has a few holes as it is original.