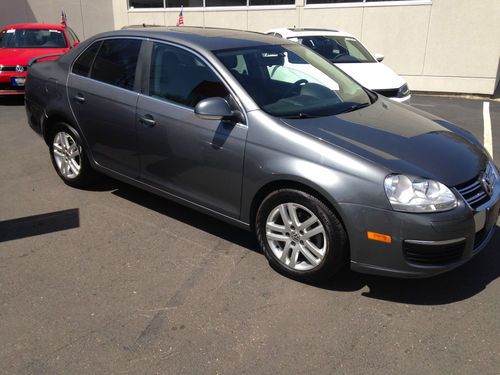 This is a 2006 Volkswagen Jetta TDI with 204,820k miles on it. It has been meticulously maintained at the local Volkswagen dealership and driven by my friend's (who is a Volkswagen employee)  mother. It's in great condition practically no wear on the seats and paint. The TDI motor has plenty of life left between being a typically reliable diesel engine and being well maintained. If you have any questions give me a call my name is Jason you can reach me at 732-455-211zer0 or shoot me a message. Thanks and have a great day!!