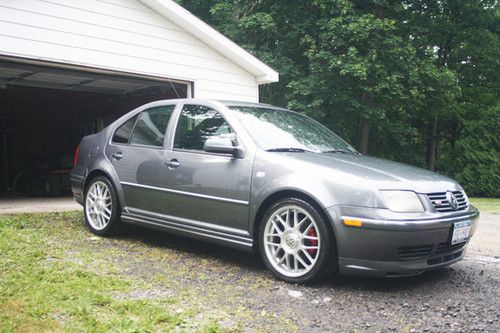 This GLI is very clean. Originaly bought it in Florida. Never seen a winter and always been garage kept. No rust anywhere. Only defects are a small scratch on one of the wheels, some areas of the headliner are loose and foggy headlights which is common and a easy fix. Everything else is in perfect condition. No dents. No lost or missing parts. New tires and brakes. Only 68,000 miles. The buy it now price includes free 2002 f-150 with 155,000 miles on it. The truck is good mechanically and the interior is nice however the outside is very rusty. Good 4x4. Still owe less the  fifteen hundred on the car, I will pay off immediately, buyer can come get the car as soon as the auctions over, so nothing weird.