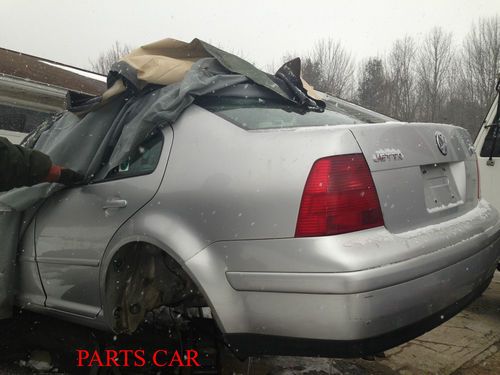 Hi im selling my 2004 Volkswagen Jetta GLS 2.0. It was rear ended fairly hard. The car only has 88k miles with pennies. Car is manual so will last a long time. This car gets good gas to the gallon, great on your pocket. Car does not have leather seats but does have front heated seats. exterior color is silver interior is light gray and black. The car Runs and drives. The reason in car fax it says not actual mileage issue, is because when bought at a auction the car had a dead battery which the odometer wouldn't turn on. We charged the battery and everything worked like a charm. Car is sold as is. I also have a 2000 Volkswagen jetta that I could sell parts to you if you needed. Just contact me about pricing for the parts. So you are buying the 2004 Volkswagen jetta 2.0. This is a great deal.