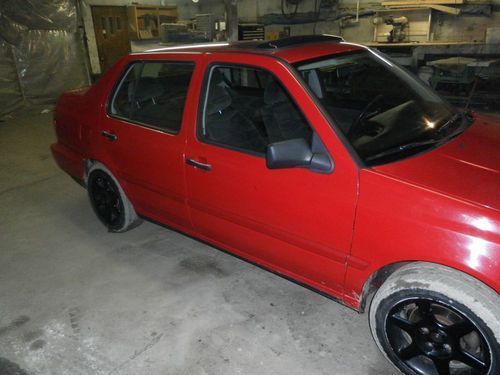 You are biding on a 1998 vw jetta tdi with 288019 mill this car still runs good and gets good fuel ecomey this car has some rust on left rear door and front fender . with in the past 2 years i relapsed the injection pump, injectors,glow plugs master cylinder, parking brake cables brakes,rotters,pads,drive shaft, crank shaft sensor and front struts. the rear tires are in good shape butt the fronts are all most worn out i still use this car for road trips and daily driving . the reason im selling it is i have two vw tdi and i have a lot of bills to pay . pleas call for questions 1 724 263 8523