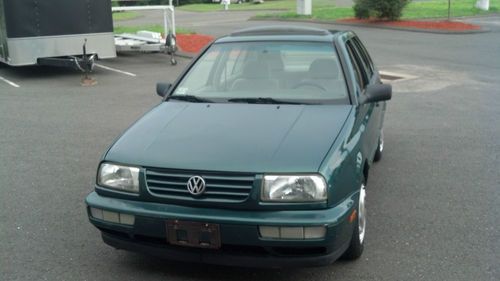 Condition: Used: A vehicle is considered used if it has been registered and issued a title. Used vehicles have had at least one previous owner. The condition of the exterior, interior and engine can vary depending on the vehicle's history. See the seller's listing for full details and description of any imperfections. ...
1996 VOLKSWAGEN JETTA GL
Mileage 112,000
Its a real nice car...Not perfect but for it age dame amazing.
Somethings that might need attention.
The AC doesnt really throw out cold air
Sun roof needs help in closing if you open it.