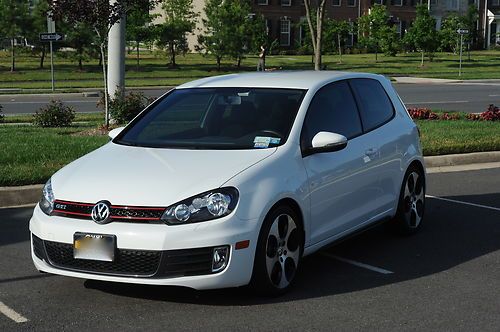 Don't miss out on this amazing VW!  This is a mint condition GTI with only 7,500 original miles.  This stunning GTI has been flawlessly maintained.  The GTI's front end has a full wrap of professionally installed protective film. The vehicle has been properly inspected by Audi technicians and its exhaust has been tuned to a pitch that is music to any car lover's ears.  Whether you're looking for a possible show car or just a super clean and exceptionally fast ride, don't miss out.  My last potential buyer had issues with financing through his bank -- so please, serious buyers ONLY.

If you're reading this, than you already know what this vehicle is capable of -- this is the original   Hot Hatch!