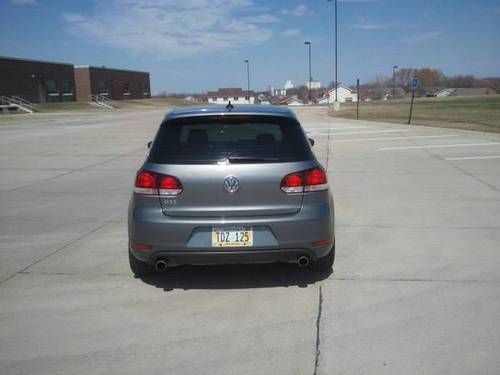 Condition: UsedA vehicle is considered used if it has been registered and issued a title. Used vehicles have had at least one previous owner. The condition of the exterior, interior and engine can vary depending on the vehicle's history. See the seller's listing for full details and description of any imperfections.Seller Notes:"rim is scratched"

Sadly posting my car, it is a great daily and has never disapointed me, it only has 50xxx miles and is in great condition, It is a very fun car to drive and runs beautifully. It has been babied under my ownership. The inside of the car looks fantastic, it is a 6 speed manual transmission. Great sound system, has a sport suspention, is a 4 cylinder(2.0) and is turbocharged, so if you drive right you can get up to 24/26 MPG city, and 28/30 MPG highway. It is a smaller car but i have never been in a situation where i did not have any room. IS A PRIOR SALVAGE VEHICAL. Fixed by a professional body shop. If intrested Call or Text me at 40280two6six42 Features the car has.3" downpipeTouchscreen stereoBluetooth compatibleAUX inputSD card inputRed trimPlaid SeatsWeather matsHeated seatsHeated side view mirrorsK&N Typhoon Intake18" Motegis