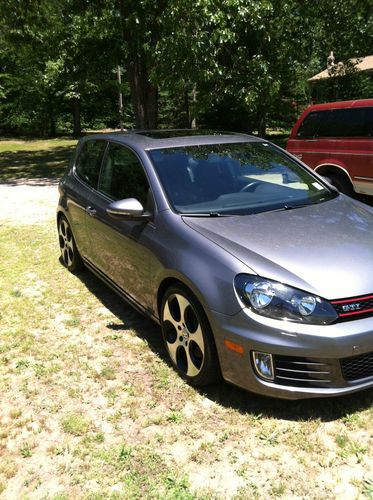 Condition: Used: A vehicle is considered used if it has been registered and issued a title. Used vehicles have had at least one previous owner. The condition of the exterior, interior and engine can vary depending on the vehicle's history. See the seller's listing for full details and description of any imperfections. ...
2010 Volkswagen GTI-4 cyl turbo -6spd DSG Gearbox-18 in wheels-Sunroof-47xxx miles -The car is in great condition and perfectly maintained. All services were completed and documented at Burlington Volkswagen. The majority of the miles are highway miles.Contact if interested -Travis