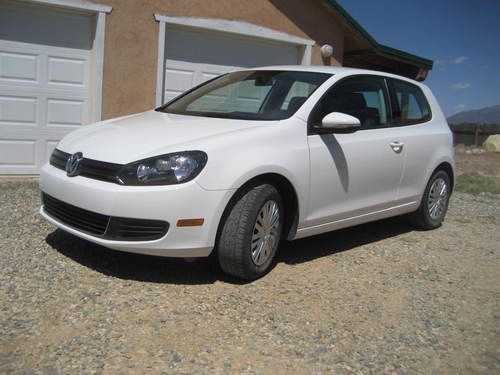 i BOUGHT THIS CAR NEW IN SEPT.2010 FROM THE VW DEALER IN SANTA FE.IT HAS BEEN WELL CARED FOR AND MAINTAINED ALL ALONG.I AM A CAREFUL DRIVER ,NO ABUSE .THE CAR LOOKS CLEAN AND ALL MAINTENANCE HAS BEEN DONE AS SCHEDULED.NO MECHANICAL OR ELECTRICAL ISSUES.THE CAR WAS GARAGED MOST OF THE TIME.THERE WAS ONE MISHAP WHEN ANIMALS CHEWED OP THE PASSENGER SIDE FRONT BUMPER CORNER.I DID THE REPAIR MYSELF WITH FIBERGLASS.IT LOOKS GOOD  BUT IS STILL NOTICEABLE WHEN CLOSE UP.OTHER THAN THAT THERE ARE NO ISSUES.INSIDE IS VERY CLEAN .IT'S A NON SMOKER.FEEL FREE TO CALL ME WITH YOUR QUESTIONS AT 575 613 0696