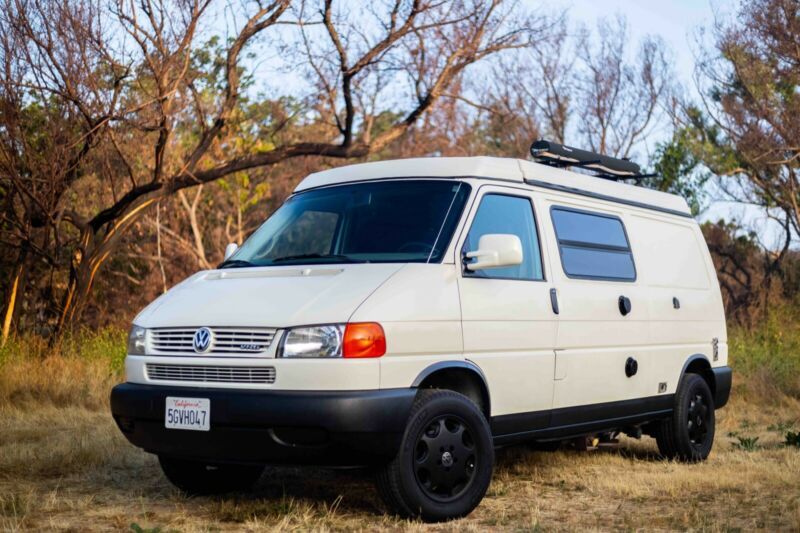 For sale is my extremely well maintained (since I've owned it) 1999 Volkswagen Eurovan Winnebago Camper, with 105k
miles. Clean and clear title in hand, First, the mechanical:
When I brought it home, I immediately had a 30-point inspection completed and the following services: spark plug,
oil, transmission, brake, power steering, fuel induction, breather hose and batteries. I also had the serpentine
belt and filters replaced, and welded a new muffler.
if you know a lot about these vans, then you know about the pesky ‘check engine light’ issue (just google it).
My van was no exception. I spent a ton of time and money investigating and replacing parts, including the EGR
solenoid and ignition coil, and had the AC compressor completely removed, flushed and replaced with a new one.