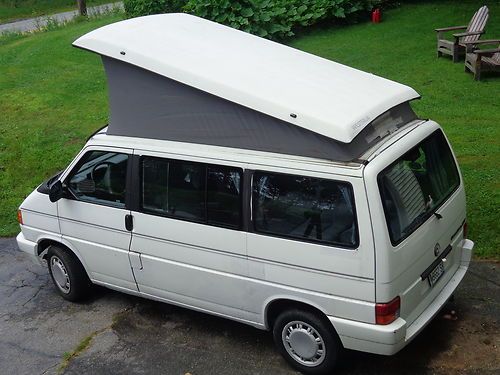 Condition: UsedA vehicle is considered used if it has been registered and issued a title. Used vehicles have had at least one previous owner. The condition of the exterior, interior and engine can vary depending on the vehicle's history. See the seller's listing for full details and description of any imperfections.Seller Notes:"1993 Eurovan MV Westfalia has serverd our family well on trips to Bar Harbor, Mt. Katahdin in Baxter State Park, and most recently to Washinton DC. Recently replaced CV Axle, Exhaust, Starter, Coil and Ignition Switch. The AC does not work and the Fuel and Temp gauge seem to only work when they feel like it. (Not uncommon from what I am told) This has all the charm and "Character" that any 20 year old vehicle would have and has some body imperfections and rust here and there but nothing that I have been told is "major" The drivetrain is a 2.5 liter 5 cylinder with 157,000 miles and has a 5 speed transmission. Please let me know if you have any questions, however I will be unavailable to answer email Saturday the 17th until the evening of the 20th."