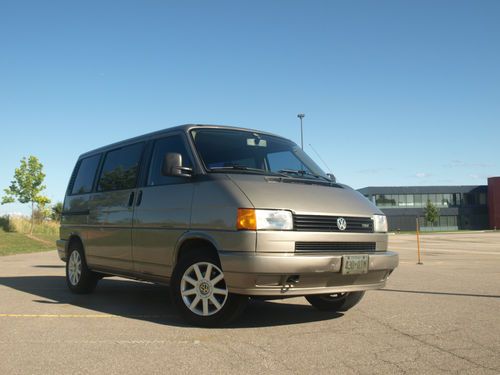 Selling my 1996 Volkswagen Eurovan TDI. The only 7-seater diesel model in Canada, it was originally brought over as an AutoShow floor model.

200,000 Miles and in beautiful working condition. No accidents, no rust, drives like new!
These engines are known to last up to 600,000 Miles

I have owned this vehicle since 2002 and never had any problems. Ready to be driven from Toronto to California!

100% all genuine and original Volkswagen parts
The only vehicle of its kind in North America!


Winter tires are also available upon request (inquire for details)
Serviced and maintained regularly and meticulously.

This German tank is the last of a dying breed