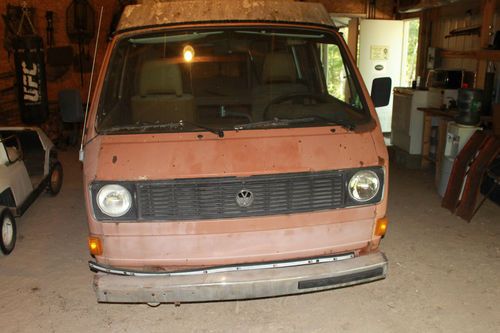 This is a VW Westfalia in need of full restoration. Has all of the factory cupboards, closets, fridge, cook top and related camping items including the propane tank still mounted underneath. Van is not running currently but has the 2000cc VW engine and Automatic trans. Overall the van is complete but as stated needs full restoration. Rare to find these vans with the camper items still intact. Odometer shows just over 88,000 miles. Previous owner said it ran when he purchased it. Original plan was to rod the transaxle for a buggy but I was able to save this Westy from being ruined. Now's your chance to own this great VW Westfalia!