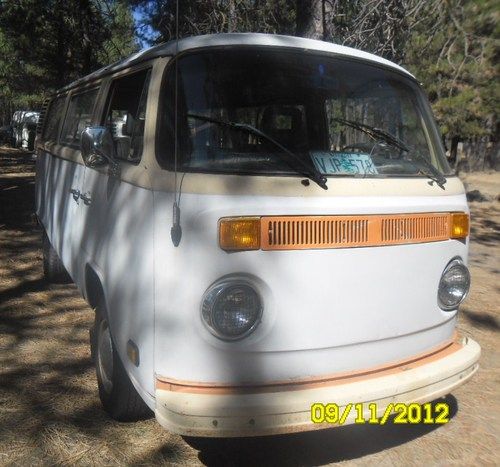 Another 'Dry Side of Oregon' Bus!

Has clear title. This bus has a running fuel injection 2.0 motor.  It has some sort of issue, possibly head issue but may just need a valve job.  We have not had any time to put into the bus. Electrical works. Very minor rust. One spot on driver dogleg and one spot in driver cab.  Undercarriage is great!No headliner, but headliner bows are included in bus. Original camper bed, rear cushion, armrest and what appears to be non vw cabinets. Most of the outside body work has been done and the bus is almost ready for paint!  A very nice project bus.