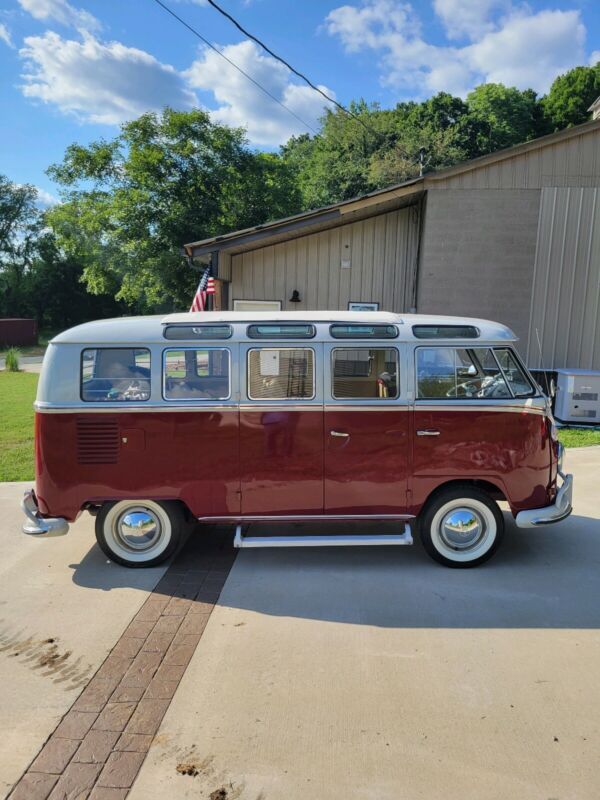 This 1966 Volkswagen Type 2 is a restored vehicle.

This is a 1966 21 window German built bus, this bus was put on a rotisserie for restoration, the engine was
rebuilt, has a new freeway flyer transmission, the paint is beige Gray and Titan red, underneath painted as well.
The interior was done by Sew Fine Upholstery. Bus also has lots of new parts, including brakes and lines