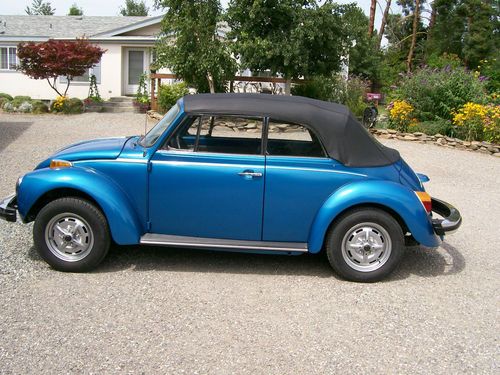 This was the last year VW built the Super Beetle in Germany. It is a kick to drive and has many new parts including a new top, carpet and upholstery, door panels, window and door seals, complete clutch assembly, brakes and master cylinder, tires, battery, CD player, and a total tune up. All good glass and no rust. It has the 1600cc fuel injected engine and 4 speed manual. 48,000 miles indicated.