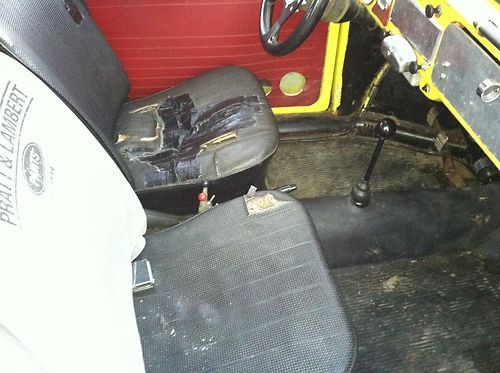 Hi You are biding a 1967   With rebuild engine  and biger , was 1600cc now is 1700cc has a weber carb,after market oil filter base ,brand new carpet ( in the box), aluminum quick shifter(its not installed),new spare wheel and tire , new  tires,kc  front fog lights ,has roof fog lights bar  just need ligths the wiring its on ,front disc brakes , rear end is fixed for off road, new chucks,heat  working good,and much more ,tach,speedometer,everything works, run strong  if You have any question send me a message thanks for looking good luck