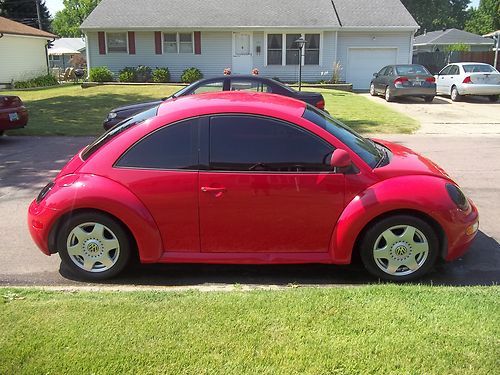 Mechanical:
Car runs and drives good. Transmission shifts as it should. Brakes are good. Tires are also in good shape. No engine lights on dash. Recent repairs have been:
(2) oxygen sensors, MAF sensor, motor mounts, and air filter. The AC has a freon leak. You can charge it and it gets real cold but only lasts about a week. The only other thing is the passenger side window motor is bad. Window is stuck in the up position.
Exterior:
OK condition. Paint is still pretty shiny but there are some paint chips. Surface rust has started on drivers side door but hasnt came through paint yet. Little surface rust on door pillars. Has some moderate hail damage. Normal small dings and scratches for a car this old. Has headlight and tailight covers that can come off. Recently has windows tinted.
Interior:
Interior is fairly clean. Pictures really speak for themselves only issue i can think of is the headliner was starting to sag down so i pinned it up with red thumbtacks.
Car is not perfect but would be a good daily driver or a nice little second car to keep the miles down on the other one. Any questions dont hesitate to ask. Thanks for looking